This tall mid-century tree-trunk style faux bois alter/niche is attributed to the popular Mexican/American folk artist Dionicio Rodríguez (1891–1955). This vintage work of American folk art, standing at over 6.5 ft. tall, resembles the trunk of a tree, with domed top and open display area within, there is an extended branch at either side with dove perched on left and owl on right. It is adorn in textured bark which surrounds the exterior, the interior shelves resemble slices of a live tree. Dionicio Rodríguez was born in Toluca, Mexico and later migrated to Texas (Laredo and then eventually San Antonio) is known for his perfected skills in which he carved reinforced concrete so that it resembled live wood (now often referred to by the French term faux bois). Rodríguez is known for a number of major works throughout San Antonio, TX, which include the Brackenridge Park concrete footbridge (simulated as an arbor of woven wooden limbs). This fantastic example of faux bois artistry, from the early to mid 20th century, would make an amazing artistic statement within your home or garden. 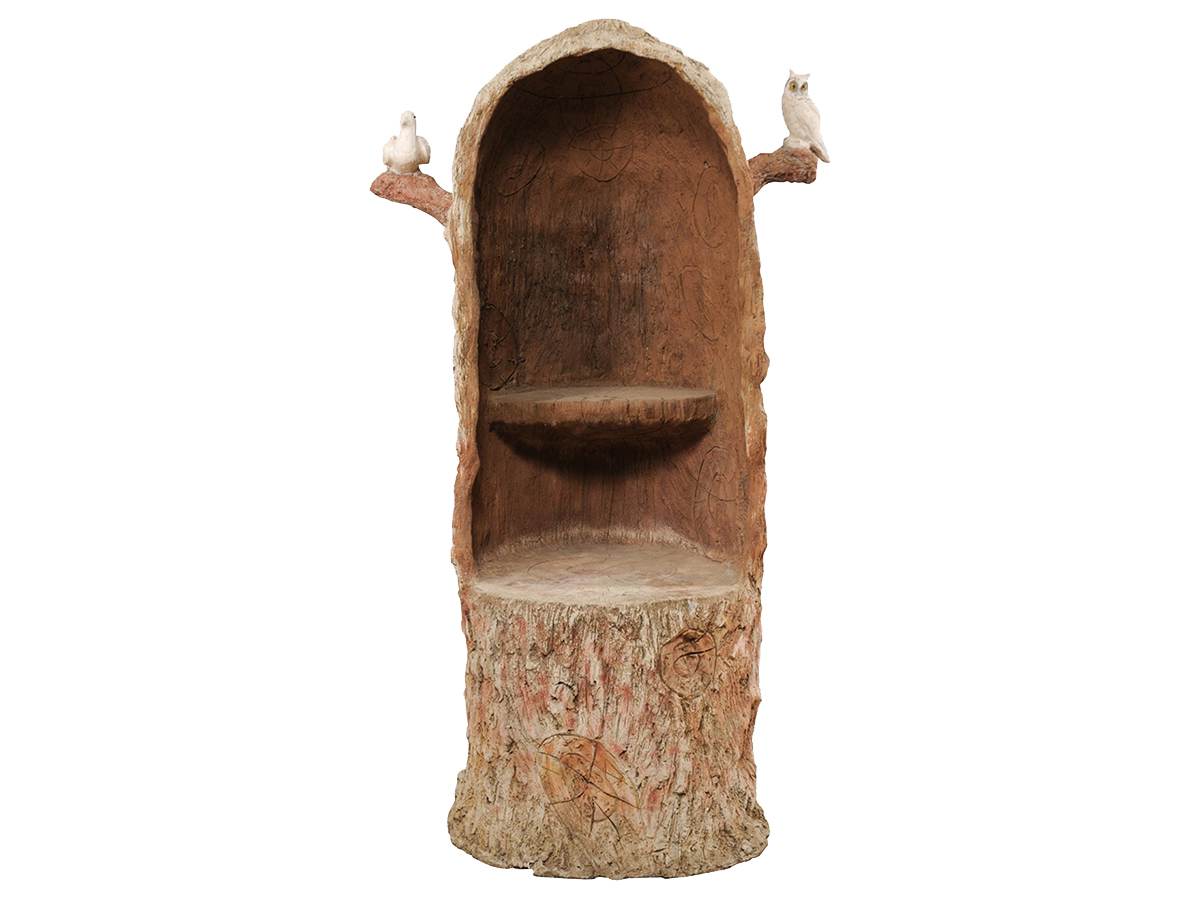