A French mid 20th century eight-light wood and iron chandelier. This mid-century chandelier from France, comprised of an elongated wooden beam with a large iron lever set at one side, which most certainly had a previous life as some sort of tool (though as of now we haven't quite figured it out!) There are eight iron post arms, four projecting straight outward along each long side, each supporting the decoratively cut iron bobèches with painted candle sleeves at their centers. It is connected to the upper canopy from either far end of the central beam by two linked chains. This light fixture has been rewired for the US and comes with a complimentary 3-foot chain and canopy painted to match. This French chandelier, with it's mysterious origin, will add that rustically chic element to a home, while sparking conversation of it's potential history. 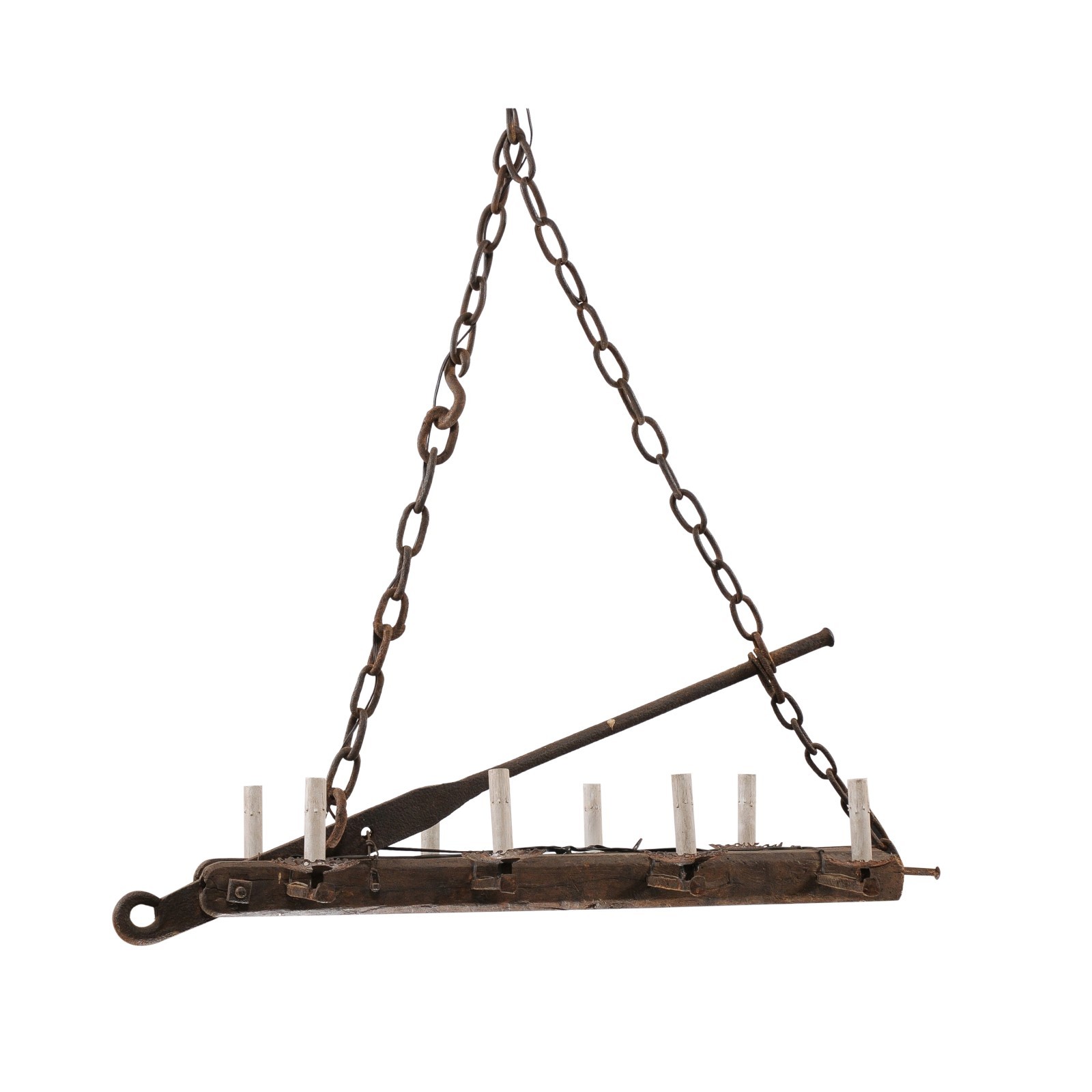