A pair of petite French Neoclassical wall consoles, with their original marble and finish, from the early 19th century. This Neoclassical Period pair of tables from France each feature a white marble, half-moon/demi shaped top, with rectangular accents projecting atop each leg and flattened backside, resting atop an apron with flute & flower-head carvings. Two rounded and flute-carved legs support the consoles at front, and are braced with a cross-stretcher bar, which is adorned with a center three dimensional urn finial. These pieces retain their original marble as well as their original finish and gilt. The tables are meant to be secured to the wall, which we also recommend. These early 19th century Neoclassic French tables are 1.5 feet in width, making them great little consoles for small spaces, art displays, or drinks table options. 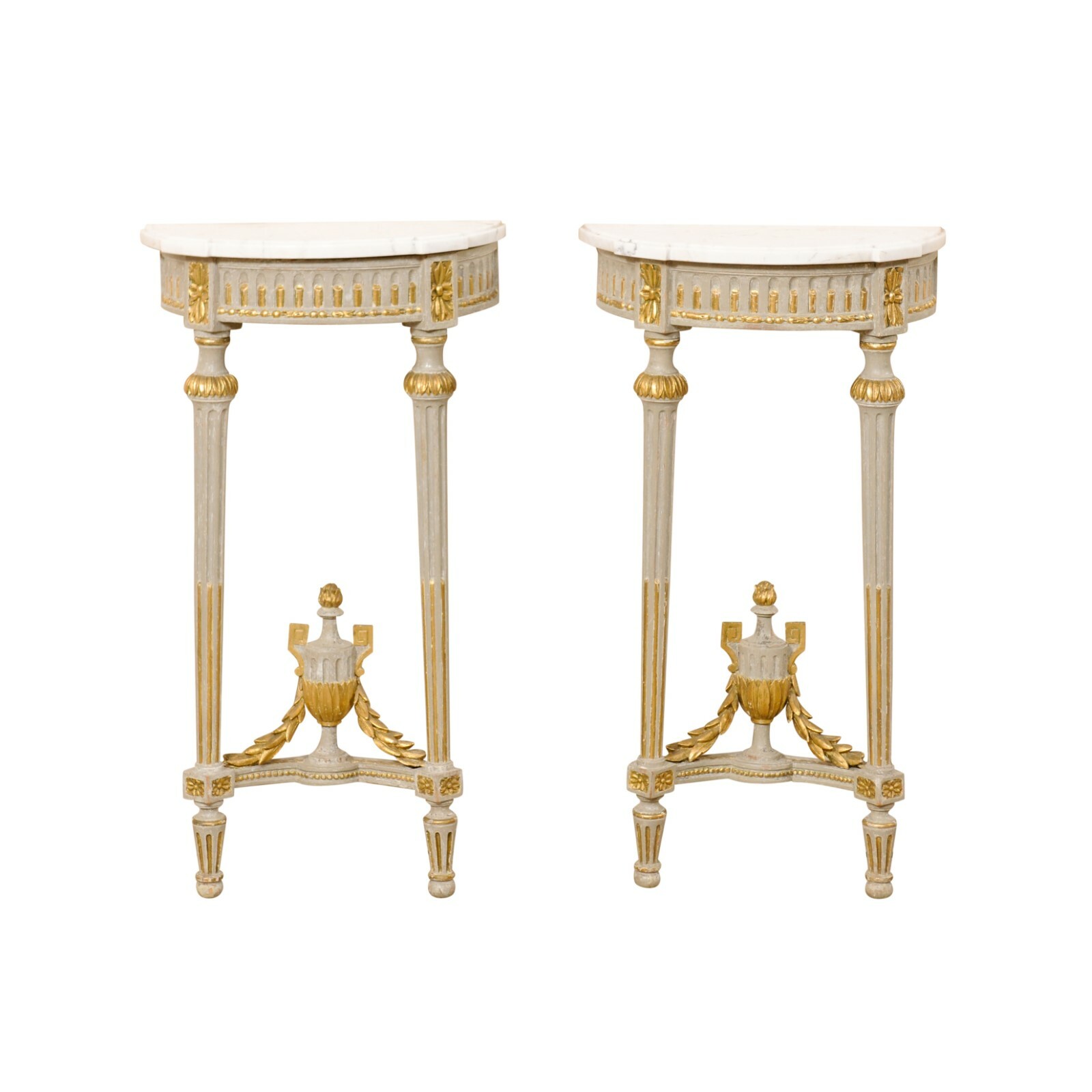