A Water Wheel from Kerala, India

An antique water wheel from Kerala, India. This Kerala water wheel, also known as a "chakram chavittal," would have originally been used as a manually operated agriculture irrigation device. Made of an ebonized Jackwood, this piece dates back to the early 20th century. These water wheels where traditionally used in fields to redirect water flow from an underground spring. An individual would sit precariously high above the wheel, held by only a few posts or rods, and the operator would use his feel to manually move the water paddles. This wheel has nice aging from use as depicted along the edges of the blades. An additional image is included which shows how these wheels were once used. Such an interesting piece would be handsome hung from a wall or sitting as a decorative object on the floor. Please note, should you be interested in putting together a collection, that we have additional Kerala water wheels available in various sizes. 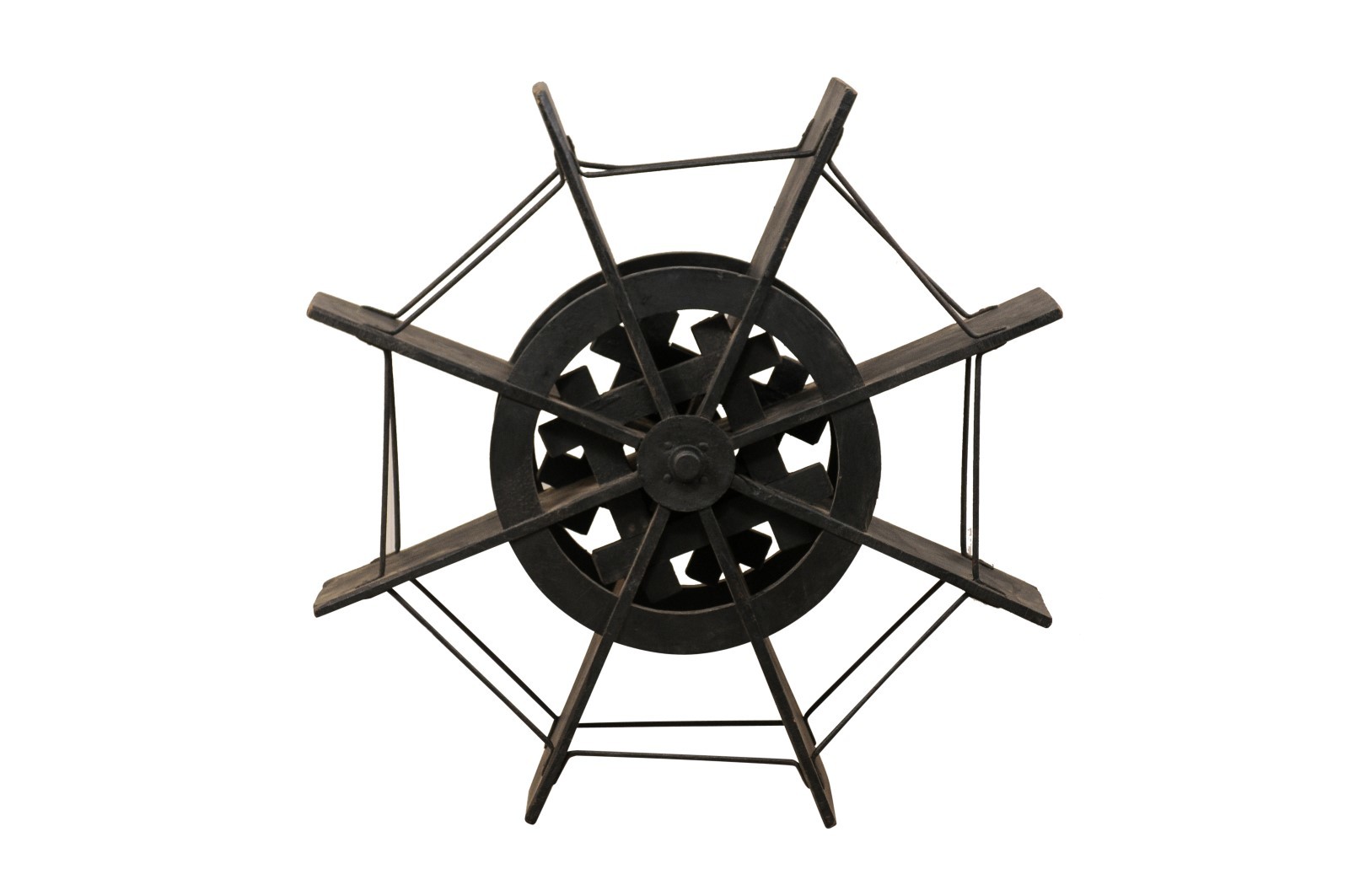