A French mid-century eight-light chandelier. This French chandelier from the mid 20th century of forged iron has a flattened, circular shaped body which supports the eight iron bobèches and candle covers around it's perimeter. The lower section is joined to the top by four twisted hooks which connect to the upper, ornately designed iron canopy. The circular body features two iron posts, with twisted ends, which intersect in the center, quartering the circle. When looking up into the chandelier from beneath, there are subtle heart shapes centered around the intersection of the circle. This French mid century chandelier has been rewired for the US and comes with a complimentary 3-foot chain and canopy painted to match. 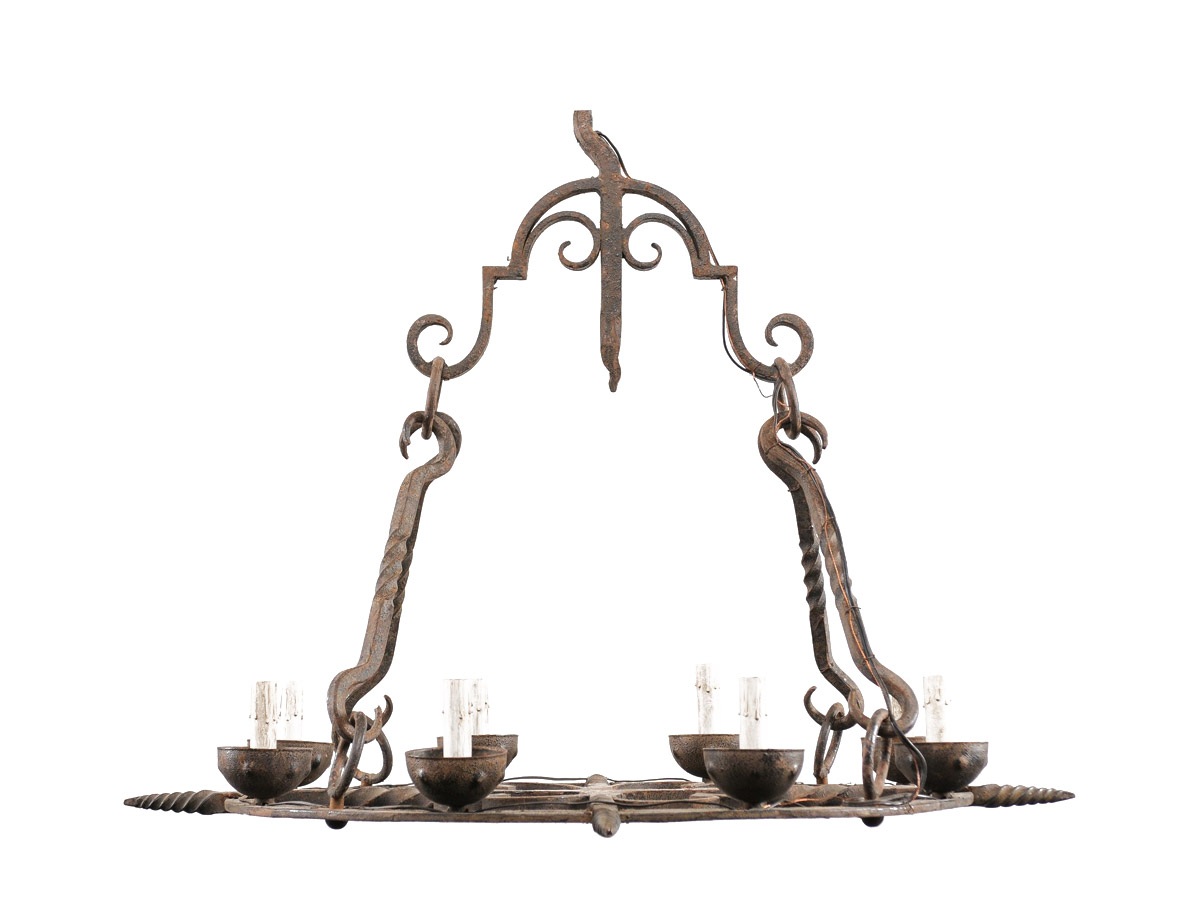