A French six-light wooden beam and iron arms chandelier from the mid 20th century. This vintage French chandelier has a central wooden beam with six torch-style iron arms, three at each opposing side. The six torch light arms with spiralized posts are attached to the central beam with ornately decorated iron back-plates. The arms each support metal bobèches and painted candle sleeves. The wood beam has a light, natural finish with scallop-carved sides at each far end, making the beam widest along it's top. The chandelier connects to it's upper canopy by two linked chains, one at each far end. This chandelier has been rewired for the US and comes with a complimentary 3-foot chain and canopy painted to match. This mid-century French beam chandelier would look perfect hanging above an island in a kitchen or hung above a dining table. 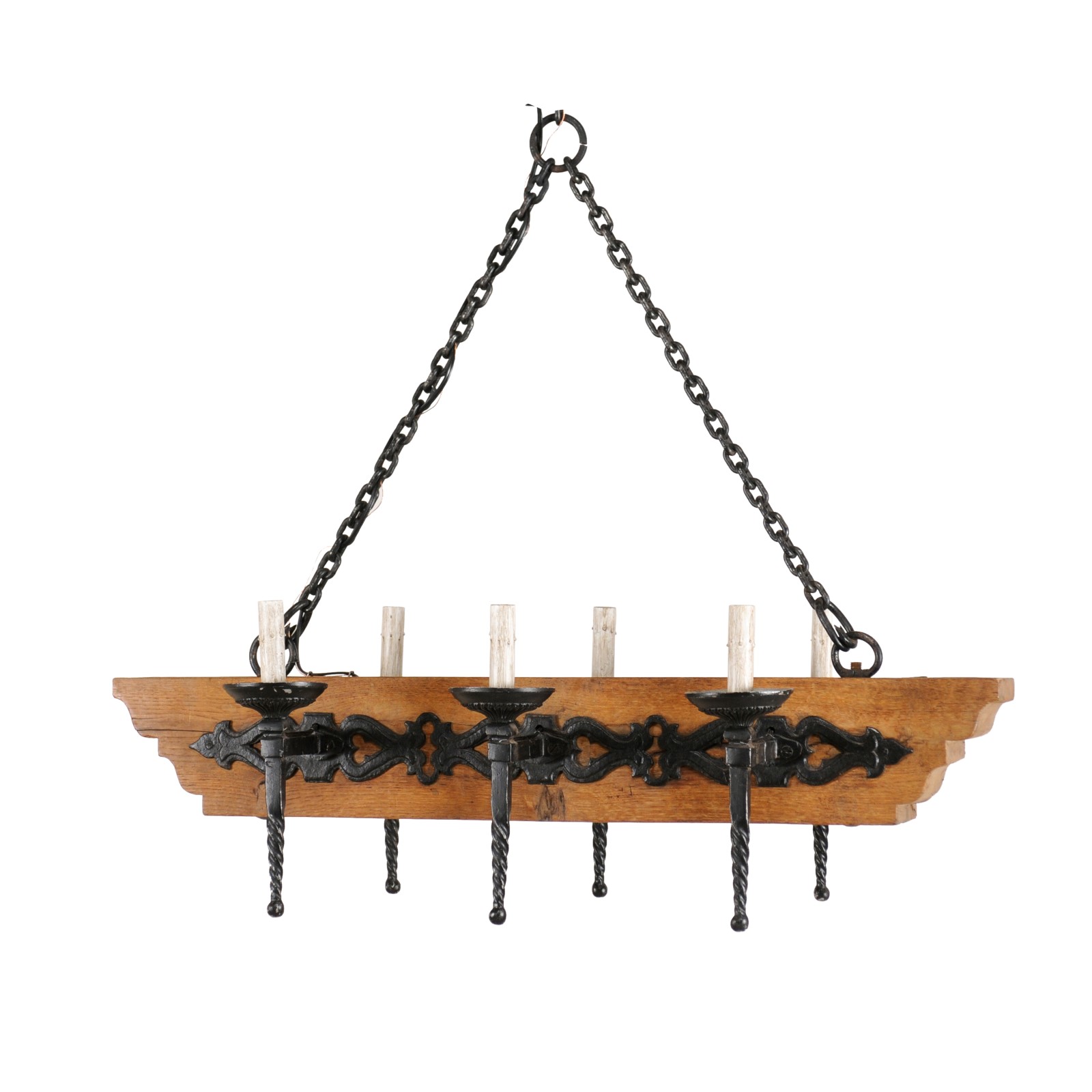