A French vintage six-light painted iron chandelier. This French mid 20th century iron chandelier has an overall rectangular shape comprised of two horizontally positioned parallel bars, crossed perpendicularly with three shorter bars. Each of the iron bars are twisted, becoming tighter at their outer most and pointed extremities. The two longer iron bars each support three ruffled metal bobèches and candle covers along each side. The lower section is joined by four separate chain links to the top, which shows a splayed display of c-scrolls and a short, vertically placed twisted post, which mimics the bars from the main body of the chandelier. This French mid-century chandelier has been rewired for the US and comes with a complimentary 3-foot chain and canopy painted to match. 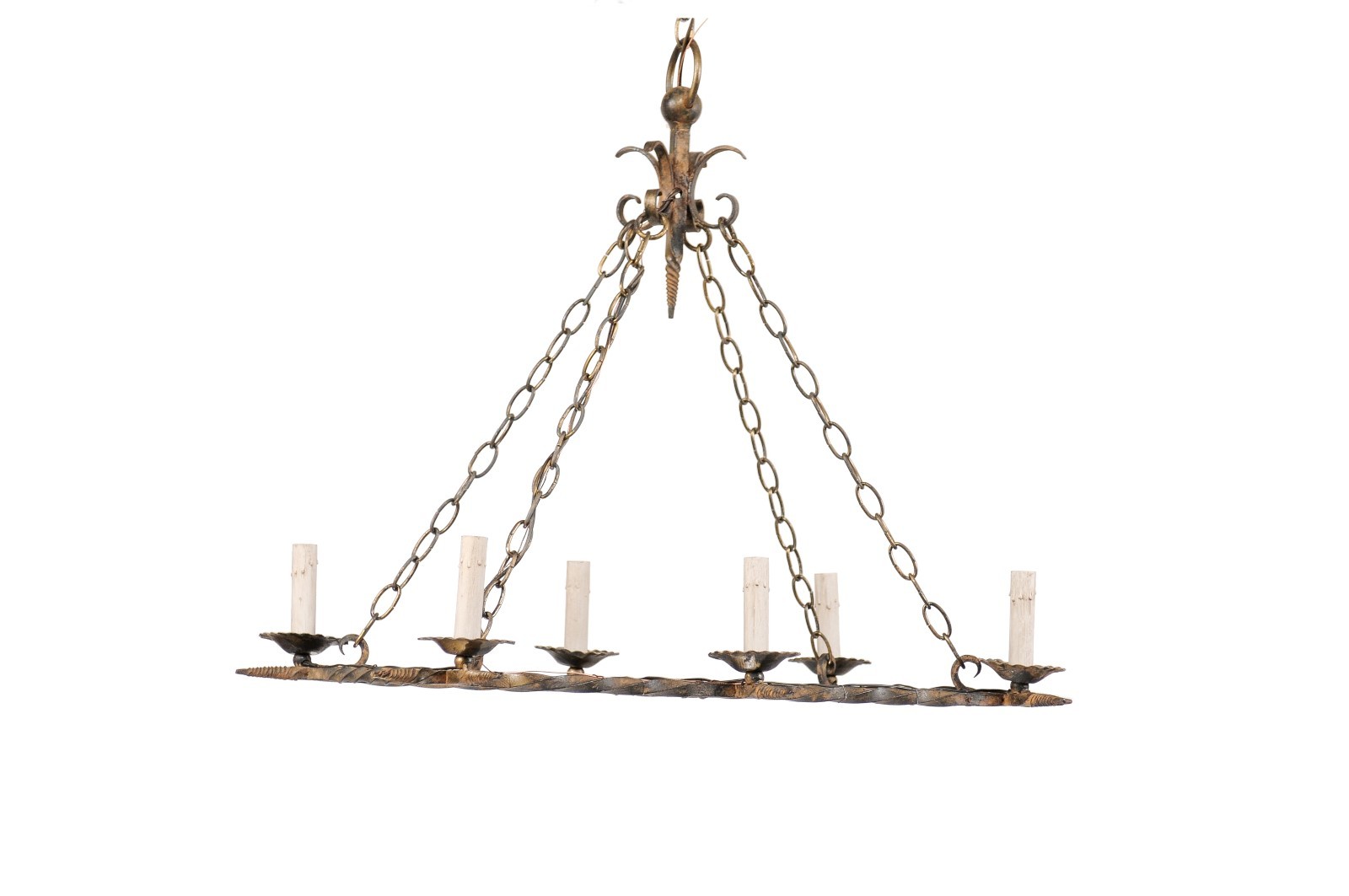