An oval-shaped French forged black iron chandelier with gold accents from the mid 20th century. This vintage chandelier from France features an oval-shaped central ring, whose profile is thin from side-view, but is elegantly adorned within its center in down-facing scrolls with gold accents at intersecting points, and a gold stylized acanthus leaf motif at the center. Four pairs of scrolled arms project out along the perimeter of the gallery, each splitting into two lights (for a total of eight) and supporting their iron ruffled bobèches with painted candle sleeves at their center. The oval-ring is suspended from the upper canopy with four bow-styled iron chained links with gold accents. This iron chandelier has been rewired for the US and comes with a complimentary 3-foot chain and canopy painted to match. This splendid French black and gold, oval-shaped chandelier, from the mid 20th century, will be the cherry-on-top hanging over a dining room table. 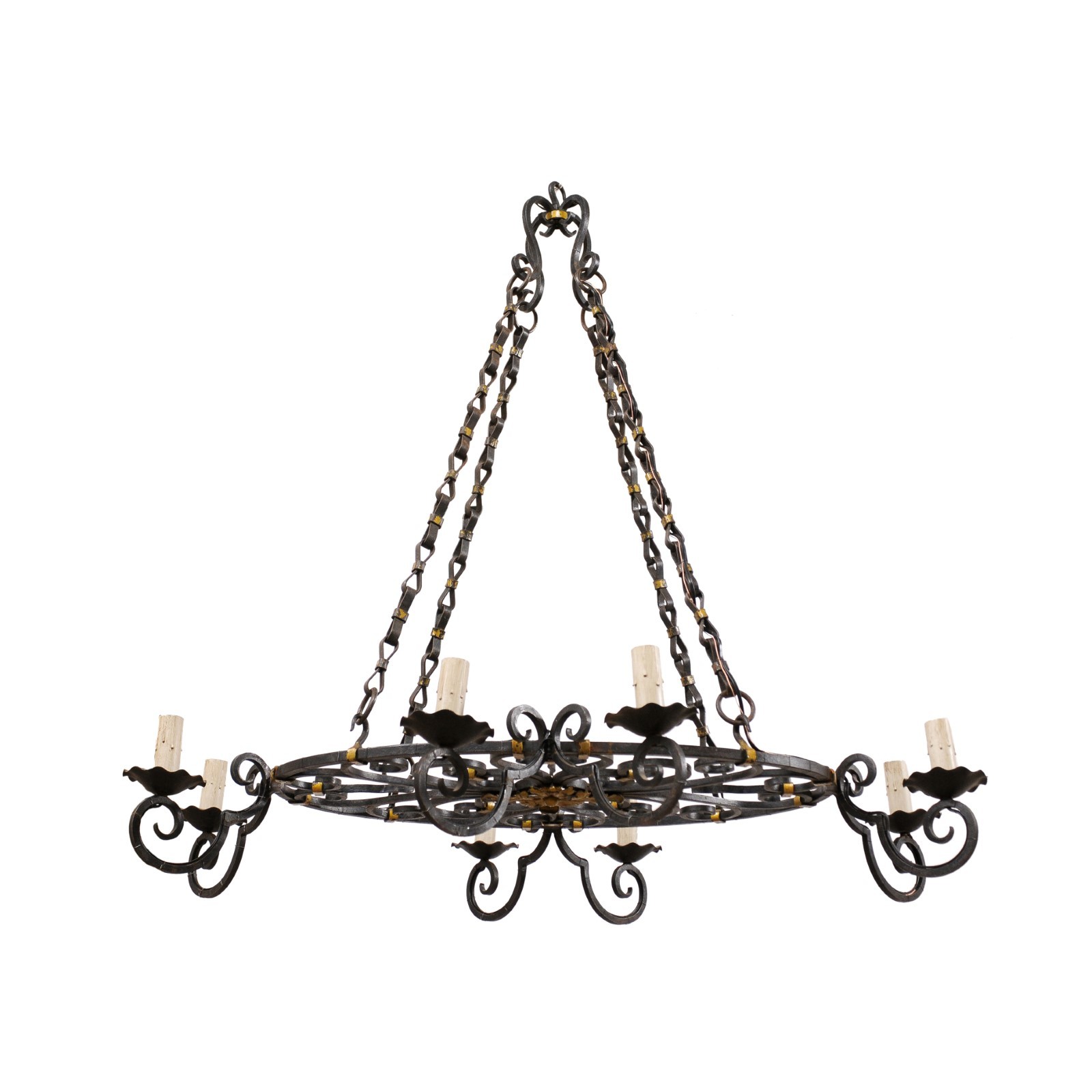