A 19th century Northern Swedish clock an exaggerated bonnet/crest. This handsome Swedish clock is very special, it was obtained in Northern Sweden and features a distinct and uniquely adorn crest, which we lovingly refer to as "Napoleon" as we find it reminiscent of a bircorn (a two-cornered/horned twill military hat). The crest is further designed in a ridged pattern, with a pierced keyhole or escutcheon at it's center. There is a carved fan motif about the neck, with molded accents above and accentuating the waist. This nicely curved clock, rests on a mostly flat base with a pair of petite star carved scrolls at it's center. This clock has an old scraped finish with traces of greyish/ blue/green tones showing throughout. This clock would be a wonderful decorative object. Though it retains it's original face and movement, it is not currently in working condition, but can be quartzed to keep perfect time, for an additional cost. A quartz battery would then be added behind the face. The original hands are too heavy to carry the quartz movement, so they would be changed to black hands, similar in style. The clock would then chime (the chime can be turned off even though the sound is quite delightful. A pendulum selected to work with the quartz movement would be added behind the glass opening. This Swedish 1820's Fryksdahl clock with lions atop would be lovely in an entry foyer or living room. 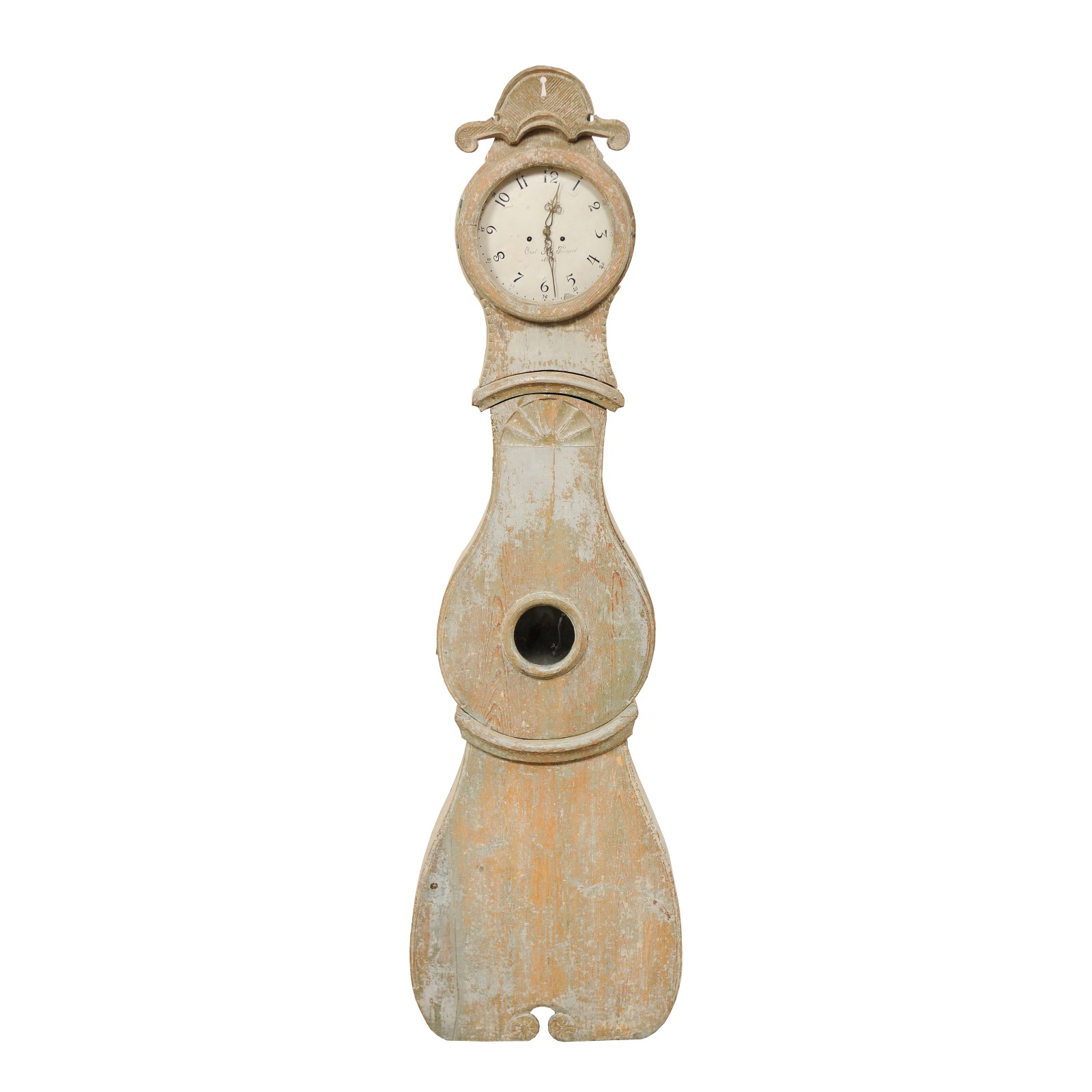