A Swedish painted wood Mora clock from the 19th century. This antique Mora clock from Sweden features a subtle scalloped crown adorning it's head, a teardrop-shaped door and belly, triangular lower section, and is supported upon a flat platform base. Hand-painted numbers and an inscription with original owner name and makers mark, along with beautifully ornate hands decorate the face. The round-shaped head sits on a neck with downward curved molding, which is repeated about the waist in a similarly trimmed upward curve. This piece has a palette of earth tones in browns and soft reds, with light blue accents; all which read as neutral from a distance. This clock would be wonderful as a decorative object. Though it retains it's original face and movement, it is not currently in working condition. However, it can be quartzed to keep perfect time, for an additional cost. A quartz battery would then be added behind the face. The original hands are too heavy to carry the quartz movement, so they would be changed to black hands, similar in style. The clock would then chime (the chime can be turned off even though the sound is quite delightful). A pendulum selected to work with the quartz movement would be added behind the glass opening. This 19th century Swedish Mora clock would be a great decorative addition to any foyer, living room or hall. 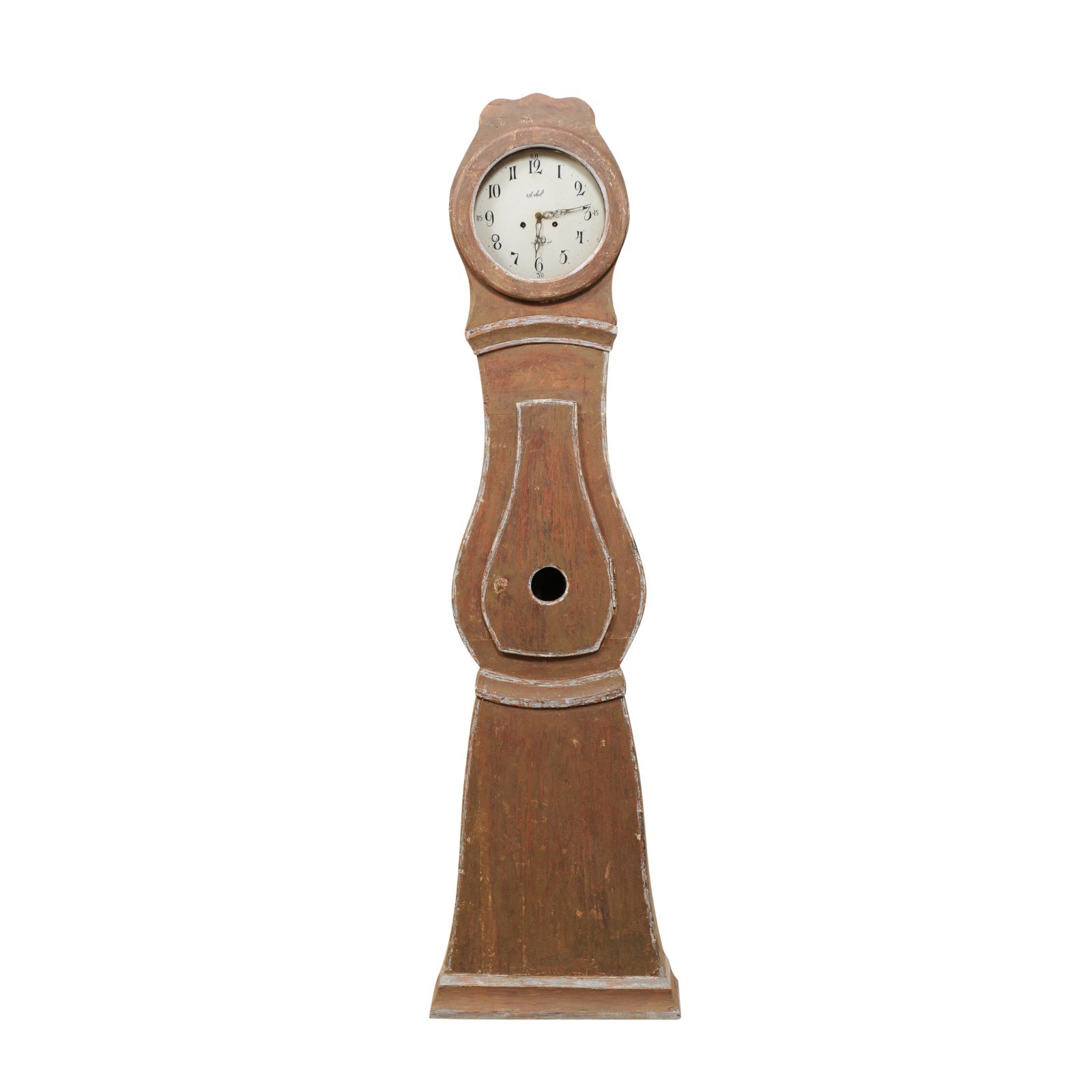