A French bronze chandelier with six lights from the mid 20th century. This vintage chandelier from France features a dark, nicely patinated bronze body. The central gallery is made up of two rounded sections, the upper more oblong, with fan and dot motif, and the central gallery, which is more bulbous and , supporting the six arms and projected finial accent below. Six s-style bronze arms extend out about the perimeter, each ornate with leaf wraps, terminating into bronze bobèches with painted candle sleeves at their center. This French black and gold iron chandelier comes with a complimentary 3-foot chain and canopy painted to match. This chandelier would make a wonderful statement in an kitchen, dining area, or perhaps hanging in a bedroom. 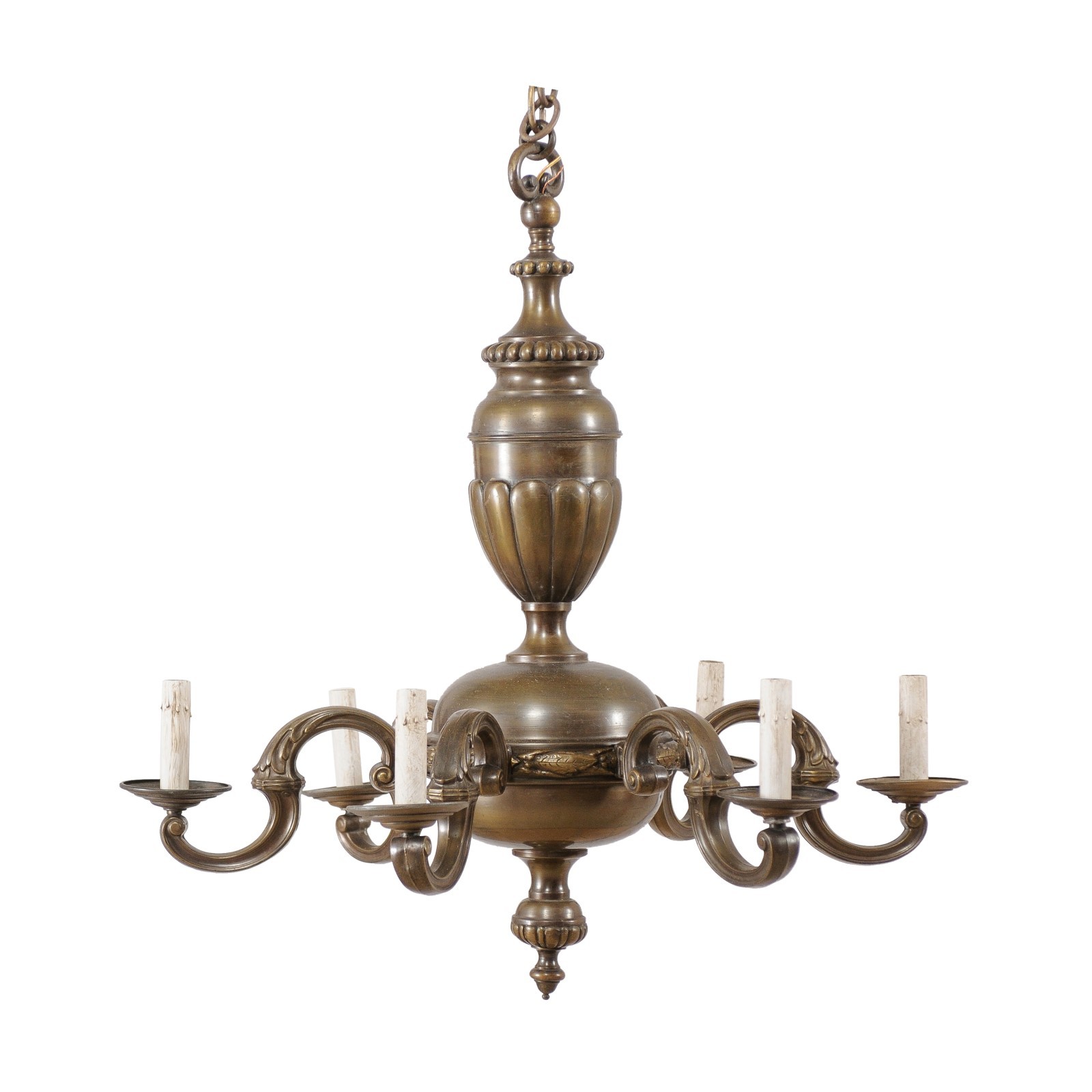